Abraham Lincoln and Russian Tsar Peter the Great were both virtuosos of which musical instrument? Wait, what? They were musicians? Indeed, they were.

Nothin’, huh? Don’t worry. I had no idea and neither did any of the nine people on my Museum Hack tour of the Metropolitan Museum of Art on Friday night.

Sage, a Shamanic historian, offered our group of curiosity seekers this little-known slice of history as a special expert guest on our tour. But he didn’t stop there. He went on to provide a sonic healing and meditation for us while playing….the jaw harp, a minute cousin of the harmonica. (The jaw harp is not currently on display and we were only able to see and experience its mystical sound because Museum Hack had booked Sage as the tour’s special guest presenter.)

Why I’m thrilled to discover Museum Hack
These are the kinds of secrets and surprises that unfold around every corner of a Museum Hack tour. Their fun-loving guides reveal the behind-the-scenes stories, histories, and antics of some of the most famous and most obscure pieces of art at the finest museums in the country.

But I live within walking distance to the Met and I go there all the time. Did I really need to take a tour? I could have wandered through the museum reading placards and listening to pre-recorded generic audio tours on my phone. Or I could stand underneath a ceremonial lodge roof from Papua New Guinea and have a live master storyteller describe the object of spiritual power offered to an 11-year-old boy during his rite of passage celebration that happened in these lodges. Not a difficult choice for me. I’m going with the master storyteller and that ceremonial roof. Every. Single. Time.

The tour was perfect for a museum lover like me, and it would be equally entertaining for anyone who’s never even set foot in a museum. Museum Hack is all about making art and museums accessible and intriguing to everyone.

Museum Hack’s VIP Tour of the Metropolitan Museum of Art
I spent three hours at the Met wowed and inspired by our guides. Their senses of humor were matched only by the depth of their wild, weird, and wonder-filled knowledge of art and the history of the Met’s fledgling beginning. They led us through the medieval paintings of Europe and the tribal sculptures of Africa, on to the American Wing’s jumbled collection of ordinary and extraordinary, and then to the vibrant deity-depicting silks of Nepal and Tibet. Along the way, they dropped juicy tidbits about the art, the museum’s architecture, and the motley cast of characters who set out to create the Louvre of the U.S. starting with only one very plain and not-quite-finished Roman sarcophagus that no other museum in the world wanted. (It’s still on display in an inconspicuous corner and provides further proof that yes, greatness can be achieved even from the humblest of beginnings. Met, baby, you’ve come a looooooong way.)

the guides asked for requests, though our group opted to let them lead the way to their favorite odd and fantastical pieces. Actually, I take that back. There was one request to see a toaster, mostly because we thought there was no way the Met had a toaster anywhere in its collection. We were wrong; they do indeed have a toaster. Actually, they have three toasters, nestled in among the mummies, Marie Antoinette’s standing desk with hidden chambers, and the true-to-life Chinese philosopher’s garden. The Met also happens to carry the distinction of being the largest baseball card collector in the world. And yes, they do have an art ambulance, a mobile unit fully-equipped to care for the art in the event that some visitor decides it would be fun to leave their own mark one of the pieces. (This is why even the Met has trouble having nice things!) Despite being an enormous fan of the Met, I never knew any of these things about this magnificent museum before I met Museum Hack.

One last surprise
After three hours of winding our way through this never-ending maze of priceless art, from Ancient Roman and Greek statues to Tiffany windows and truly everything in between, you’d think it would be impossible to still be in awe of anything. Rest assured, it’s not only possible, but highly probable, at the Met. The Temple of Dendur, complete with the entrance gate, is jaw-dropping. And you must go at night when it’s lit from the inside and you can imagine yourself as Indiana Jones, slowly making your way through the desert dunes to unlock the ancient magic and mysteries held in its walls.

If you stand at the gate of the temple and look out the northwest windows, a high-rise apartment building looms above Central Park’s tree tops. Jackie Kennedy spent the later years of her life living in that building. Her bedroom looked out on the Met and she had a clear view of the Egyptian temple. It was a fitting view because she actually picked it out. As Evan said, “Yes, she went pyramid shopping. In Egypt.”

The Egyptian government had decided to dam up the Nile and when the Nile flooded, it submerged a series of sandstone temples. The U.N. refused to help save them so the Egyptian government contacted President Kennedy. In exchange for help to save the temples, Egypt gave one to the U.S. to be displayed in a museum. Jackie and her keen eyes went to Egypt and picked out the very temple that sits in the Met. To this day, it’s still referred to as Jackie’s nightlight.

As the museum staff informed us that the museum was closing, we reluctantly left the pyramid behind. Dustin turned to me and said, “To book this room for an event, it costs $150,000.” I smiled and said, “I think it’s totally worth it.”

And I meant it. After all, with the exception of a Museum Hack tour, when will you ever get the chance to party in a priceless Egyptian temple and hear the many secrets it has to tell?

About Museum Hack
Museum Hack offers tours and events in the finest museums in New York, D.C., Philly, San Francisco, L.A., and Chicago. To learn more and to purchase tickets, visit https://museumhack.com. They also have insanely entertaining Instagram and Twitter feeds, and send delightful emails that offer discounted tickets, giveaways, and a healthy dose of revelry. 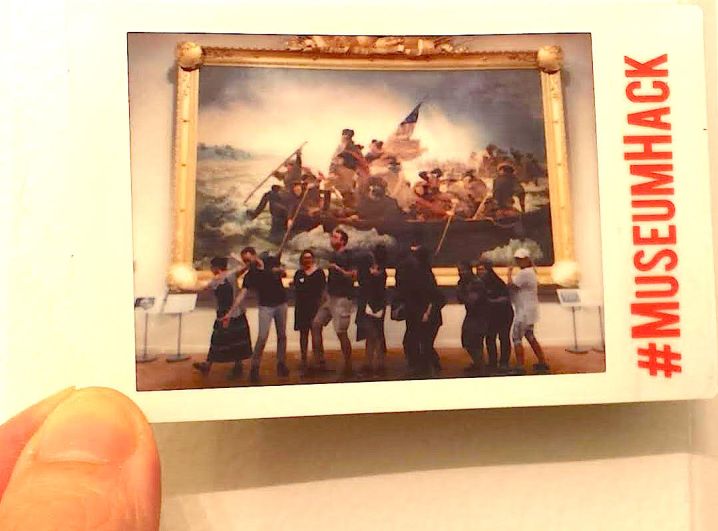 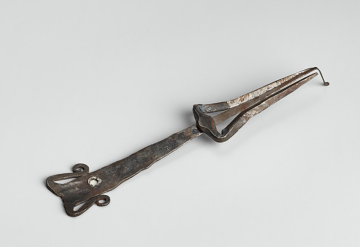 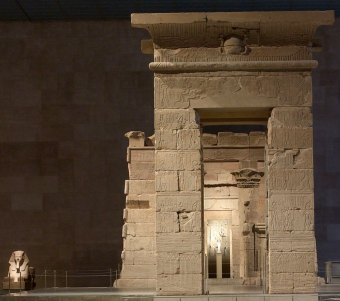 The Temple of Dendur 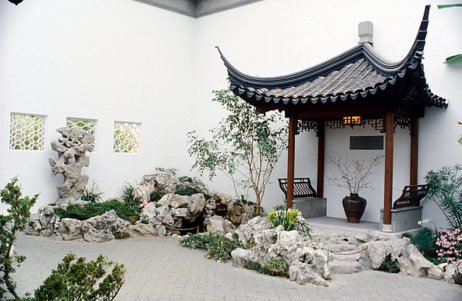 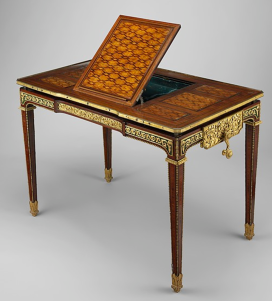 *All photos taken by me or provided in the public domain by the Metropolitan Museum of Art.

The short of it: Writer. Health, education, and art advocate. Theater and film producer. Visual artist. Product geek. Proud alumnae of the University of Pennsylvania (BA) and the Darden School of Business at the University of Virginia (MBA). Inspired by ancient wisdom & modern tech. Proliferator of goodness. Opener of doors. Friend to animals. Fan of creative work in all its wondrous forms. I use my business skills to create passion projects that build a better world. I’ve been called the happiest New Yorker, and I try hard to live up to that title every day. The long of it: My career has stretched across Capitol Hill, Broadway theatre, education, nonprofit fundraising, health and wellness, and Fortune 500 companies in retail, media, entertainment, technology, and financial services. I’ve been a product developer and product manager, theater manager, strategic consultant, marketer, voice over artist, , teacher, and fundraiser. I use my business and storytelling to support and sustain passion projects that build a better world. In every experience, I’ve used my sense of and respect for elegant design to develop meaningful products, services, programs, and events. While building a business career, I also built a strong portfolio as a journalist, novelist, freelance writer, interviewer, presenter, and public speaker. My writing has appeared in The Washington Post, The Huffington Post, PBS.org, Boston.com, Royal Media Partners publications, and The Motley Fool on a wide range of topics including business, technology, science, health, education, culture, and lifestyle. I have also been an invited speaker at SXSW, Teach for America, Avon headquarters, Games for Change, NYU, Columbia University, Hunter College, and the Alzheimer’s Foundation of America. The first book in my young adult book series, Emerson Page and Where the Light Enters, was acquired by a publisher and launched in November 2017. I’m currently working on the second book in the series. A recovering multi-tasker, I’m equally at home in front of my Mac, on my yoga mat, walking my rescue dog, Phineas, traveling with a purpose, or practicing the high-art of people watching. I also cut up small bits of paper and put them back together as a collage artist. My company: I’m bringing together all of my business and creative career paths as the Founder of Double or Nothing Media: • I craft products, programs, and projects that make a difference; • I build the business plans that make what I craft financially sustainable; • I tell the stories that matter about the people, places, and products that inspire me. Follow my adventures on Twitter at https://twitter.com/christanyc and Instagram at https://instagram.com/christarosenyc. View all posts by Christa Avampato

I'd love to know what you think of this post! Please leave a reply and I'll get back to you in a jiffy! ~ CRA Cancel reply

This site uses Akismet to reduce spam. Learn how your comment data is processed.